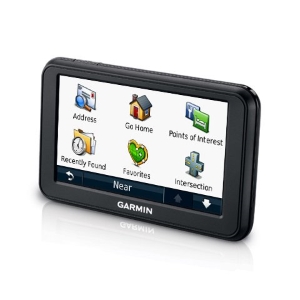 Garmin Corporation, a unit of Garmin Ltd., the global leader in satellite navigation, today entered the mass market with the launch of nüvi 40LM and 50LM devices. To be priced at Rs. 8450 and Rs. 9990 for nüvi 40LM and 50LM respectively, Garmin is making sure that people with limited use of GPS features should also enjoy the advantages of technology. Meanwhile, Garmin announced its new India office grand open in Jasola, New delhi.

The devices will come with free maps of Singapore and Malaysia, two of the most visited places by Indian vacationers. In India, NAVTEQ Maps power portable navigation devices (PNDs) by worldwide leading navigation brand, Garmin. These devices like other Garmin devices will have broadcast in Hindi and Indian English. The step was taken to provide easier solution to the users and direct them to their final destination. “Different from traditional navigation devices, which make it difficult to understand the street name or area because of in-built American accent, Garmin self-developed technology and was the first to implement Indian accent into devices. We believe Indian English sounds much more familiar and can be well-recognised by Indian people. Furthermore, voice guidance in Hindi will further help in popularising the devices,” says Tony An, Garmin Asia Marketing Director.

The nüvi 40LM display is a 4.3” widescreen. And, nüvi 50LM has an easy-to-see 5” large screen display. The devices come with free lifetime maps thus taking away the recurring cost and make the devices much more affordable in the long run. “Garmin nüMaps lifetime™ will help you download the most up-to-date map information on streets, highways and points of interest as soon as new content is available for the lifetime of your Garmin GPS device,” adds An.

Talking on the need to introduce lesser priced models in Indian market, An said, “Garmin firmly believes that technology should not be restricted to the high and mighty. It has been noticed that masses travel a lot and need guidance to reach the destination. Even on vacation these are the people who love to travel on their own without any entourage following them. So, Garmin devices will fill in the gap making their vacations and moving around easier.”

Being a company which has reached a mark of selling more than 100 million products, Garmin has always made it a point that they reach maximum number of people through constant innovation and modeling the devices according to the needs of the people. “Whatever be the price of the product we make sure that the quality of the devices is never compromised. There can be additions or deletions of features but basic tenet of guiding the people to reach destinations safely should always be a priority,” says An. 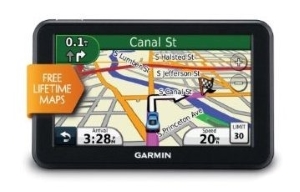 For Garmin Indian market is as important as other markets around the world. “We enjoy 57% share in personal navigation devices in Americas and around 38% share worldwide. We entered Indian market more than 15 years and since then have been able to have a good share in the growing GPS market here. We are confident of increasing the share because of the quality that we provide and with affordable devices in the market we will have edge over others too,” adds An.

Some of the unique features are Junction View which helps drivers avoid last minute maneuvers, Lane Info guiding to the proper lane for navigation, Highway Mode telling you approaching exist on highway, Text-to-speech speaking street names in Indian English, Voice Guidance available both in Hindi and English, House Search for easier search and Go To Office/ Go Home with a simple click.

Garmin was founded in 1989 by a small group of engineers with a big idea: that GPS technology could be utilized by everyday consumers for both work and play.  In 1991, Garmin sold its first GPS-enabled device.  Six years later, in 1997, the company sold its millionth unit.  A decade after that, in 2007, it had sold 25 million devices.  It only took another five years for Garmin to sell its 100 millionth product.